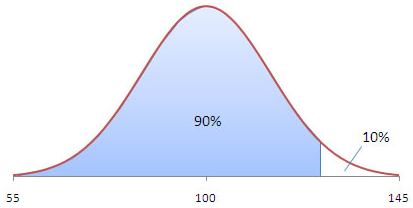 Example – For a transaction, let’s say there are 10 response time values are available –

I have sorted these numbers above. If I take out 90 percent response time values out as a separate set, I will get –

Here 9 is the maximum value and hence is the 90 percentile value of that transaction.

Scenarios in which 90 percentile values can be useful – 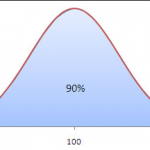 Having said that std dev is still a better counter to study the spread of data points.